All right let’s talk about Battlestar Galatica. First off, I get that I’m about nearly a decade behind on all this. My bad. I wasn’t watching a lot of television in 2004. I was going through a particularly pretentious phase where I cancelled cable.

I repent! My Gods, I repent!

I would like to congratulate the writers for giving me my  new favorite line ever which is “Put that thing out the airlock.” I’ve been walking around for days going “ding, ding, ding, da ding ding ding,” which is the opening music. It doesn’t sound as game-showy when I do it, I swear.

Also, I’m pretty sure June is a cylon. 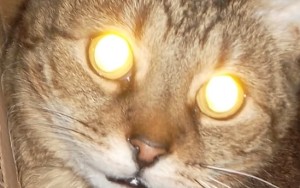 So I’ve been watching these back to back for about a month now. I’ve burned through season 1 and 2 and am about to start season 3, when what the holy hell happened?? A year?? We skipped a year people?

*Note to the directors, you wrote at the bottom “one year later” which communicates quiet effectively that 365 days have passed. Was it really necessary to have Adama grow that freaky little mustache? As my husband said, “Between that ‘stache and Lee’s hair it’s a battlestar disco up there.”

I’m a touch worried about this time jump. Though I’m not going to declare it outright, I am slightly concerned that maybe the show is going to vault over the proverbial aquatic predator.

Season 3 is at home so I hope upon hope that this is not true. No spoilers from you people!

All the same, I can’t remember the last time I watched an actual movie.

Battlestar has taken over my life…..10 years after it took over every other geek’s life. So by that math some time around 2020 I won’t be able to shut up about this awesome show you all need to see called Game of Thrones.