I’m back from California. We had an amazing time.

We flew into LAX, picked up our rental car (It was a Dodge Charger, as in DODGE CHARGER) and headed out to Long Beach, which was beautiful, by the way. This is my second trip to the LA country area and the first time I was sure I could never live there – I mean sure the weather is great and everything but I think I would go crazy if I couldn’t walk everywhere I needed to get to. There’s just SO MUCH DRIVING. That said, I liked Long Beach. You might have won me over Long Beach, you cheeky thing, you.

Course that’s also cause we met some really really great people. The folks who put together the Long Beach Poetry Festival were some of the nicest most genuine down to earth funny artists I’ve ever met. And that is saying a lot coming from me cause those “let’s-get-together-and-have-beers-with-total-strangers,-come-on-it-will-be-fun” parties make my social anxiety rear its ugly head. But they were all so great, I was over my nervousness by the time the first beer was gone.

And Jay did a great job at the reading!

In between poets we snuck over to the V Room which was hands down one of the coolest dive bars I’ve had the privilege of drinking in. It has no windows. None. When you first walk in you stumble around blind and then, you look like this: 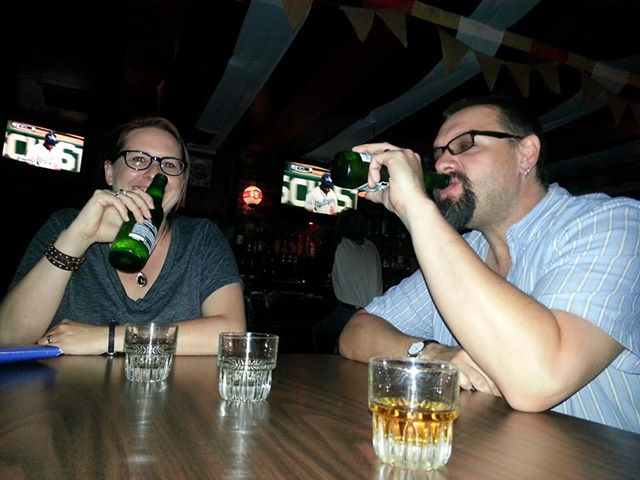 So thanks again to the amazing writers who put this reading together. I’m looking at you Kevin, Clint, Anna, Donna, Tamara and Paul and all their little helper cohorts. It was a great day and you crazy bastards made it so.

We bid farewell to Long Beach and headed up the Pacific Coast Highway – California 1. We got lost 1.5 times which isn’t too bad since we covered about 600 miles or something. And one of the 1.5 times lost was only because the sign was blocked by hedges  so we got lost in a town and drove out to a dead end and realized the ocean was now on the wrong side. But man was it a hell of a drive! 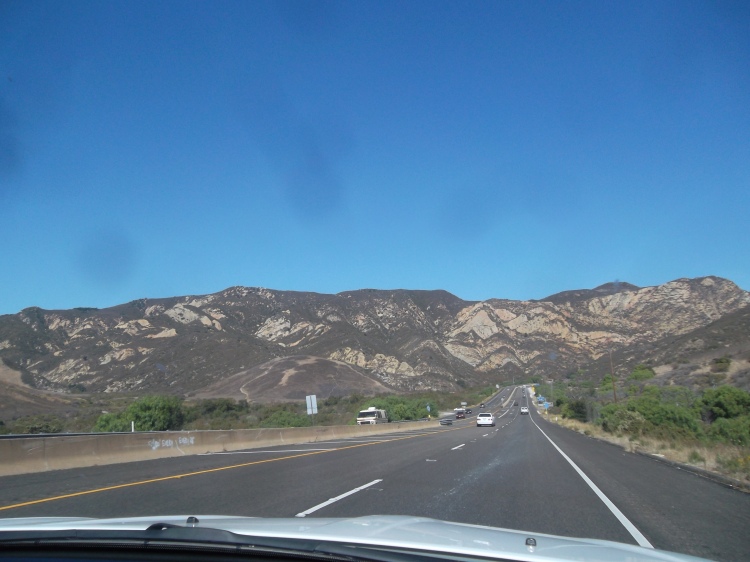 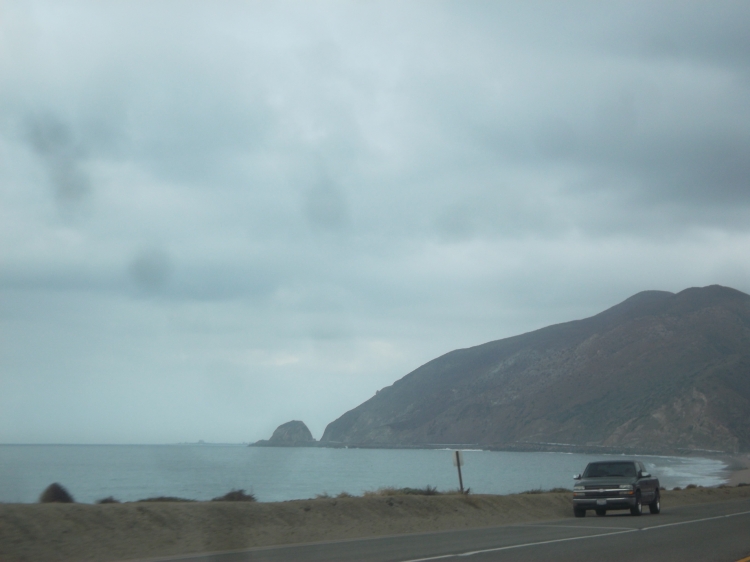 I love road trips. We stopped along the way too. 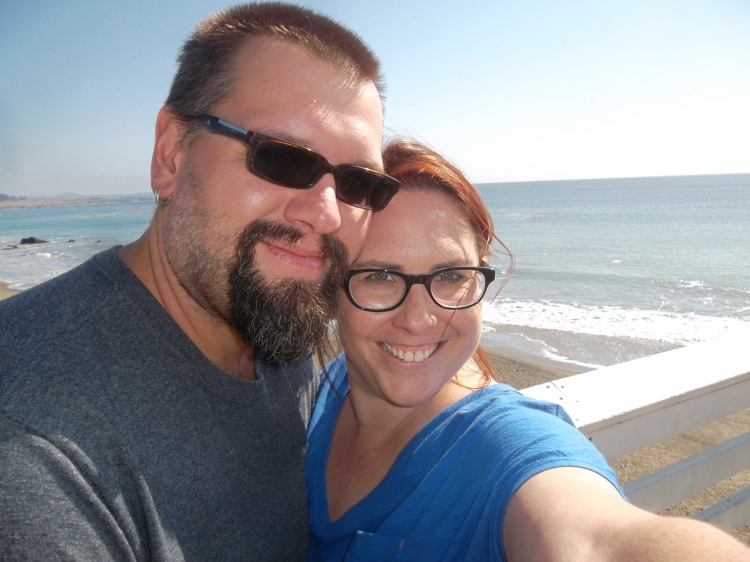 and look what we found!

They smelled lovely, trust me. 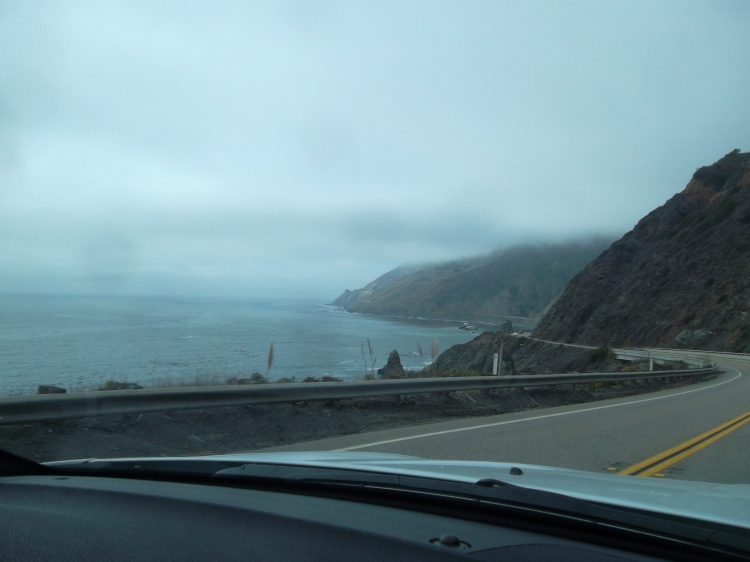 And we drove over the Bixby Cannon Bridge, which you Kerouac fans know is pretty darn cool. It went by so quick (and it was so high, oh so high) that we didn’t get a picture but it looks like this:

And then we got to Monterey which was beautiful and Stein-becky. 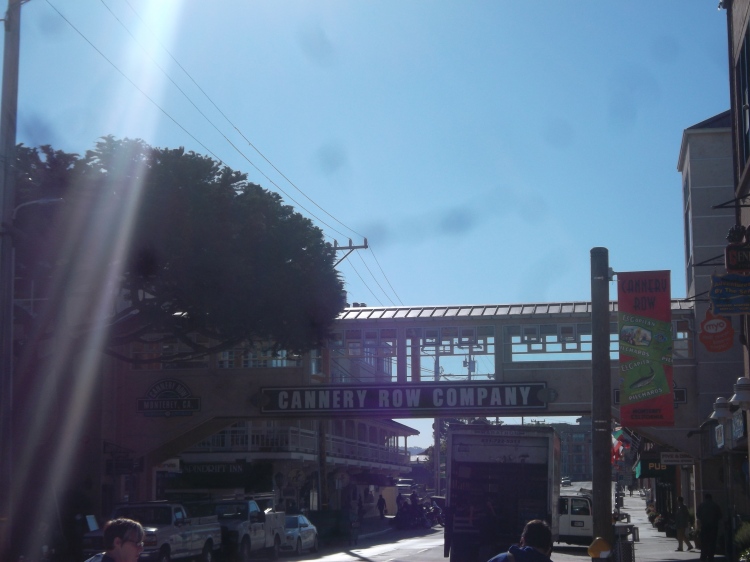 And they did a controlled burn while we were there which was upsetting to see at first until you realized it was, you know, ON PURPOSE.

We went to Aquarium (HAMMER HEAD SHARKS! and PENGUINS!!! and JELLYFISH!!) and found a couple of Steinbeck’s houses and hung out looking at how darn pretty everything was.

Next up was San Francisco. My third visit to this beautiful city. The first was right after Jay and I got married 9 years ago and then again in 2007 when we traveled the country. Each time, it keeps getting sweeter.

But the one thing I had yet to do was walk over the Golden Gate Bridge.

From our hotel in North Beach.

For those of you who don’t know, that’s FAR. It wound up being like 9 miles and I thought I was going to die when I got to the other side and wound up begging a lift off the San Francisco Sightseeing Company Trolley driver (the company charges $35/head but our lovely Irish driver took us both for $15) and dropped us off right on Van Ness. The man was a saint, I swear. But still, we WALKED THE GOLDEN GATE!

And then drove it back!

We even headed up to Berkeley and Oakland to find the place where Ginsberg may or may not have written Howl. First off the directions are a little vague. Secondly nearly every coffee shop in Berkeley claims that Ginsberg wrote Howl there. It’s a long poem. They’re probably right. But the main story says that it was written in a shack behind this apartment building: 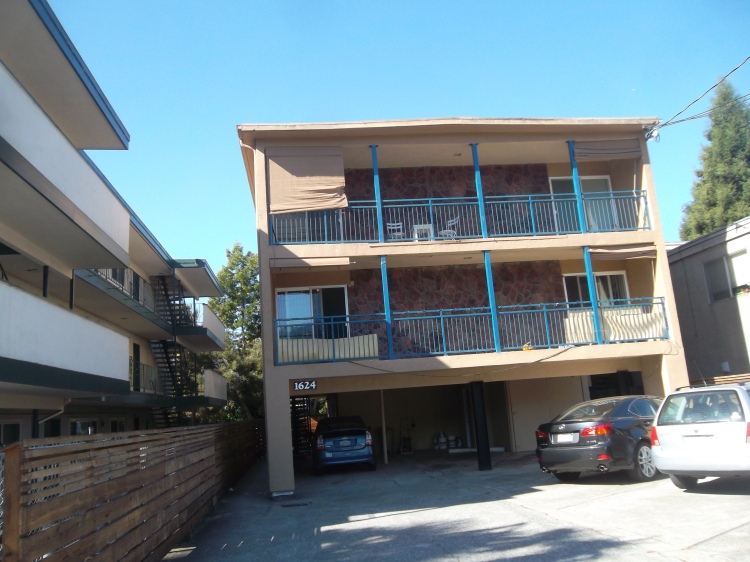 So like good little lunatics we did a little investigating (i.e. trespassing. Sorry, Mom)  and around back we found this:

Could that be it?

Probably not. But hey, if it’s not, it’s at least where the shack once was.

Afterwards we went to Oakland to Jack London Square where they’ve got his cottage which was dismantled in Alaska and re-mantled in Oakland:

and then had a few beers at Heinold’s First and Last Chance Saloon. It was opened in 1883 and the name refers to the fact that it was sailors first drink when they returned or last drink before they headed out. In 1906, because it was built on swampy ground it sank in the earthquake so the whole thing is tilted. I swear, I had to hold onto my beer at the bar. I would have taken a picture of the inside but trust me when I say it’s not the kind of place you start taking pictures in.  At least not with the guys that were in there when we went. 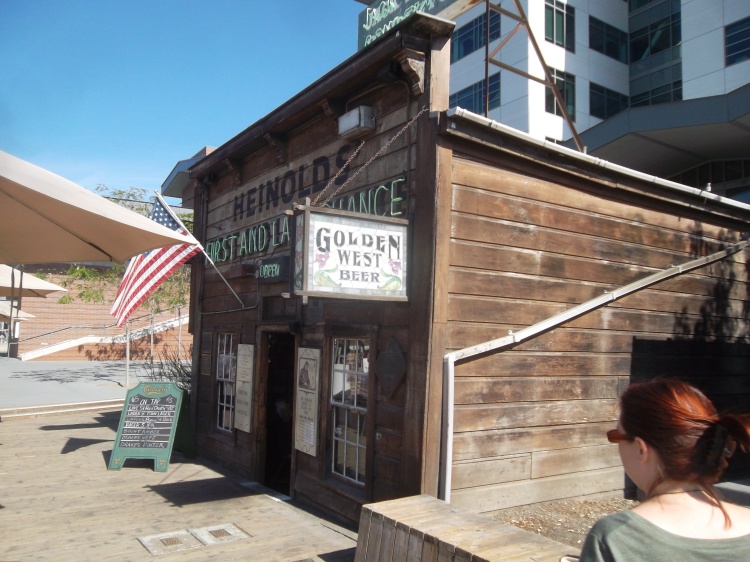 Here’s the inside via wikipedia:

The rest of the time in San Francisco we found beat houses (but I’m thinking of starting another blog for that stuff and besides, this post is already too long, n’cest pas?) and drank tea/coffee each morning at Cafe Trieste and drank Dark and Stormies each night at Vesuvio and went to the Beat Museum where we met a great guy (who wrote this book!)  who gave us the low down on Vieni Vieni which was kick ass. 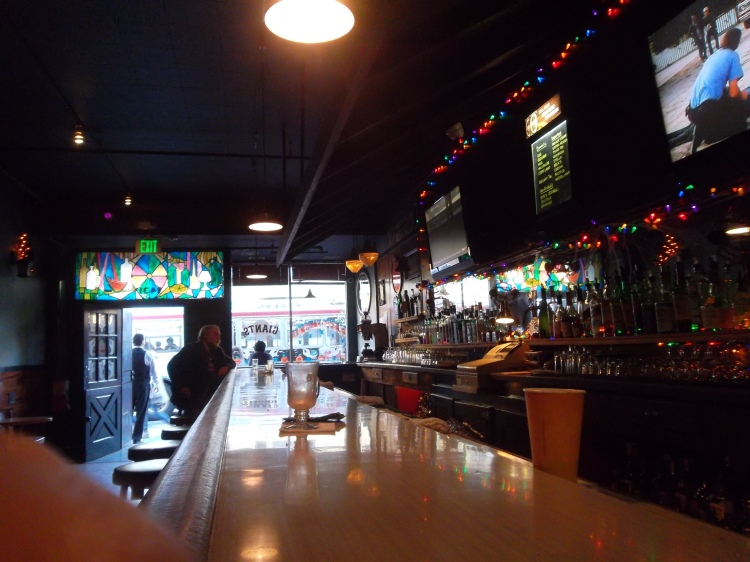 And we also climbed all the way to the top of the Coit Tower and wow, what a view!

And then it was time to go.

That said, within a day, we already started planning the next trip!