I got into the Beats in high school, probably like many people, by reading Kerouac (not On the Road but The Subterraneans). One book lead to another as they inevitably do, and I worked my way through all of the major players – minus Burroughs who I could never get into.

But the same question kept popping up over and over again. What happened to all the women?

They were there for the majority of the movement and yet, they go utterly unrecognized. Yes, it was the 50’s, a time when women belonged to their parents first and their husband second. When Kerouac, Ginsberg and Cassidy broke the rules, they were punished. They were cast off by their families, disregarded by society, deemed dangerous and troublesome. There was much shaking of the head and tut-tuting over what was happening to these young men.

When women acted out – when women experimented with drugs or sex or art – they were institutionalized, fed electric shock therapy, lobotomized. They were locked indoors and forced to conform.

And since then many of the women of the Beat Movement have been re-fashioned as Muses, there to inspire the brilliant men they found themselves around. Their role was to be passive, attractive, to keep their mouth shut and their eyes open and maybe, just maybe they might learn something. And this role was not specific to the Beats. John Lennon and Paul McCartney’s first girlfriend’s, Cynthia and Dot respectively, were allowed to sit in when John and Paul talked music but they were advised “to keep quiet” though they of course had opinions on the music scene in Liverpool. How could they not? John and Paul wanted them in their miniskirts and blonde as Bardot as possible.

So that’s the way it was.

But that’s not the way it is anymore.

So here we are in 2014 and yet it feels like little has changed when it comes to The Beats. More and more films are coming out and yet the portrayal is exactly the same. You have two choices: Whore or (Long Suffering) Madonna.

Let’s talk about the last two big ones – Kill Your Darlings and One the Road.

So Kill Your Darlings is predominately about the Lucian Carr/ David Kammerer murder. Basically Kammerer, infatuated with Carr, dogged him endlessly until Carr stabbed him, tied him up, weighed the body and dropped it into the Hudson River. Using the honor slaying defense, Carr did two years before he was released.

Kill Your Darlings includes a few scenes with Edie Parker, Kerouac’s girlfriend at the time.

Edie Parker was a good friend of Joan Vollmer – who later married Burroughs. While Edie and Joan attended Barnard, they shared a place that “the boys” all went to hang out at and listen to jazz and get high and talk about art. One more time in case you  missed it. Who’s place was it that they all hung out? Yes. Her place.

At the time depicted in the film, Edie and Jack were dating but they later married, in a bizzare effort to  free up some of Edie’s money so she could bail Jack out after he was arrested as an accomplice to Kammerer’s murder.

In the film she’s played by Elizabeth Olsen.

The makers of Kill Your Darlings liberated poor Edie from that nasty trap of a) having her own place and b) actually being a part of the movement by giving her two scenes. In the first she bitches at Kerouac that she spent all day making stew which he tells her smell like crap before grabbing his coat and leaving with his buddies.

All day making stew? That’s the most they could give her? All day. Making stew.

The second was of Kerouac’s triumphant return to Edie, where she was found at the table with her grandmother eating sad cake (literally) and chastising Jack for being late/unhelpful/free-wheeling/having a life/which she clearly doesn’t.

Edie Parker is nothing more that a typical 50’s housewife: rejected, angry, unappreciated and utterly defined by her male partner.

The real Edie Parker was a part of the movment, a college educated independent woman. Not that Hollywood would know a damn thing about that.

Thanks god they didn’t include Joan. They would have crushed her.

Next up is On the Road: 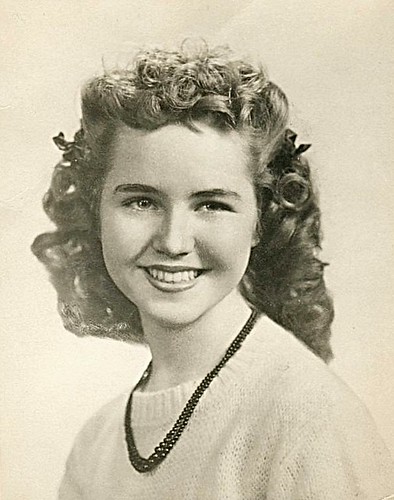 Over at Beatdom, they’ve got some quotes about Luanne by Al Hinkle, someone who actually knew her:

Luanne! I fell in love with her the first time I met her. She was a beautiful, blonde 16 year old, outgoing and confident. She wasn’t forward with men, but she wasn’t shy, either. Luanne wasn’t a “quirky” girl; she was very down to earth and got along with everyone.

Neal had such complicated relationships. I remember us pulling in to the drive-in diner and being introduced to Neal’s beautiful little wife when she came out to take our order, then going to Pederson’s pool hall and meeting Jeanie, Neal’s girlfriend. It kinda shocked me.

I know Luanne was in love with Neal all her life. I could see that, even at 16, she felt that she was a married woman, not a child. She was the one that found the way to make all of Neal’s crazy plans work – she worked for money (or stole it), found rides, made sure she took care of her man. Even after he divorced her to marry Carolyn, Luanne made herself available to Neal whenever he asked, and I think she always felt that she was still his wife, even though they both remarried. When BART (Bay Area Rapid Transit) first opened in the 70’s, I would take a ride from San Francisco to the last stop on the line – Daly City, and I would walk up this enormous hill to Luanne’s house and visit with her every week. I always had good feelings about her – she had earned her place in our gang and was fun to be with.  I know she had gotten into heavy drug use later, in her 40’s, but she went to rehab in Colorado and came back to California clean and sober.

So Hollywood took this interesting engaging character and did this instead:

According to the Guardian, “Kerouac made little effort to give his female friends depth and dignity on the page; the film attempts to remedy that oversight.”

Remedy? Really? By making Luann nothing more than the whore to Edie’s Madonna?

Is that the most you can do Hollywood? She was confident and down to earth. Apparently that translates to “Quick, get her nekkid in the car to pleasure those them smart literary type boys!”

“I love Marylou,” Kirsten says, “In the book she’s fun, she’s sexy, she’s vivid, she’s progressive for her time. She jumps off the page and smacks you in the face….. LuAnne never made herself a commodity. And she really is this amazing link between the two boys; it’s a grand statement to make, but that adventure might not have happened without her.”

Thanks, Hollywood. Keep up the good work of crapping all over the Beat Women.

It’s not bad enough they were stifled in their own time. In ours, when we have the change to liberate them, we instead shove them back into the same tired old box. Because let’s be honest, nothing has changed. These women are still be portrayed as secondary to the boy’s club, only now Holywood gave them the only weapon it’s ever known how to wield: Their sexuality.

Which is, without a doubt, the least interesting thing about any of them.

Grow up, Hollywood and give us our movie about what it was really like for creative women in the fifties who tired desperately, albeit fruitlessly, to break out of the patriarchal world they were tied to.

We deserve that much.