So here we are….in the middle of July already.

Back on July 4th, THIS IS SARAH turned 1. 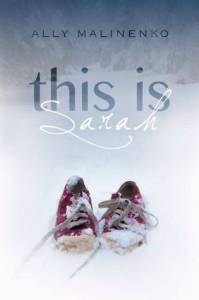 Suddenly Claire is everything in the world, everything beautiful, alive, peaceful, and good, and it’s all getting away from me.

The farther she gets from me, the closer she gets to the monsters, and all I want in the world is for Claire to always be safe.

Jesus fucking Christ, I just want to be able to save one of them.

It’s weird to me that this book has been around for a year because it feels so much shorter and then oddly enough so much longer. I was reading through my old journal the other day – seeing what I was up to this time last year…as if I forgot.

One month into diagnosis, my cancer still a secret from my parents, my father crazy sick in the hospital and my first (of three) surgeries looming on the horizon – the only thing that was holding me upright (aside from my husband and sisters) was working on Sarah.

I know that writing is never “effortless” but there are those times where a story wants to be told so badly that it really helps you out in the unfolding. That was Sarah. And thank god for it. Because it was the only time during the day, at 5 am squirreled into my little writing closet, that CANCER wasn’t everything. It’s like my brain shut the fuck up for awhile and just let me work. I’m eternally thankful for that.

If you haven’t read it and you’re interested, here’s what people think and here’s where you can get it. Or email me and I can get it to you. Contact is under the About tab.

In other news, I’ve got some poems published here, here and here. So thanks to Eye on Life and Yellow Chair Review for giving them a home.

Writing on the new book is going surprisingly well. I’m acknowledging that so that when I get to the stage where I’m all “EVERYTHING IS SO AWFUL WHY DO I WRITE I HATE LIFE” I can look back and remember it didn’t always feel that way. I think part of it is that it’s based on semi-true events (During high school I fell off a waterfall, cracked my skull open and simultaneously got my heart broken) and the characters are semi-based on real people. Also I feel like emotionally, a large chunk of me still lives in that time – when I was sixteen and fucked up and everything I couldn’t say but wanted to could be put into a mixtape. Music spoke for me.

Wound up having an interesting conversation when I posted about the art of making a mixtape and how playlists just aren’t the same. As a friend pointed out, you can make a list on spotify but once someone hits shuffle it messes up your continuity. With a mixtape you were THERE, you were IN, from start to finish. There was an art to it. It was a thing that was crafted with love for a specific person. They were the audience. It mattered what song followed which song.

AND it mattered what sort of tape you used. TDK? Maxell? Memorex? A great mix on a good quality tape? That was love. Real love.

Like, I said, it’s just not the same with a playlist. Something has been lost in the translation.

At the same time I’ve been working on my query letter for Palimpsest with the always incredible Brad Abraham, screenwriter, creator of the comic Mixtape and the soon to be released Magicians Impossible (St. Martin’s Press). You want to know what I’ve learned so far?

It’s much easier to write a 113K word novel combining physics, Nietzsche, chess, time travel and memory over the course of 5 (ahem) years than it is to write a 300 word query explaining it. I should have started this bloody thing when I started the novel. Basically the problem is that a query is full of all the stuff that your writing instinct says “don’t do.” Like asking a question and then answering it. Things like this:

“So WILL Ally ever learn how to write a decent punchy query that agents will actually want to read? Probably when she’s done banging her head against the wall.”

And finally, because it’s time, this is going to be my summer. 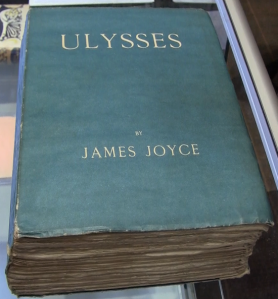 As the kids say,