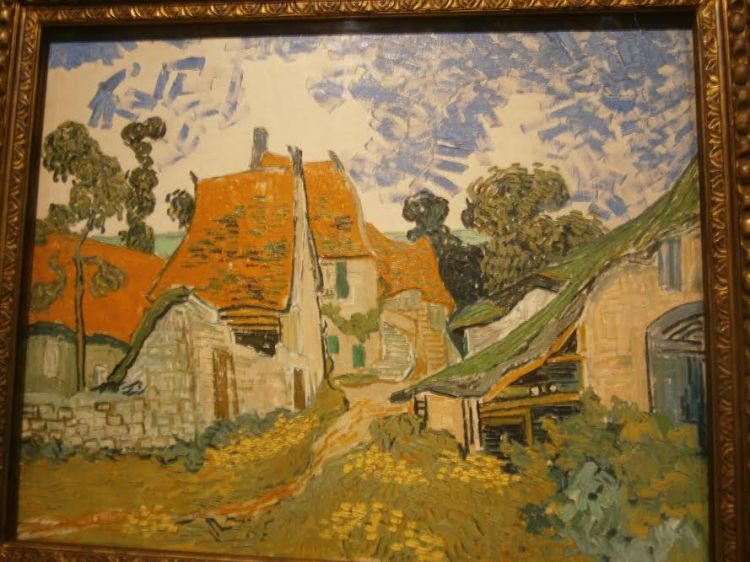 So that’s a photo of a van Gogh painting that hung in the recent exhibit at the Metropolitan Museum of Art’s new location, MET BRUER, called Unfinished: Thoughts Left Visible.

The whole exhibit was really fantastic but this painting really floored me.

Something about this strikes me as counter-intuitive. I mean, sky’s are a pretty integral and magical part of the man’s work. 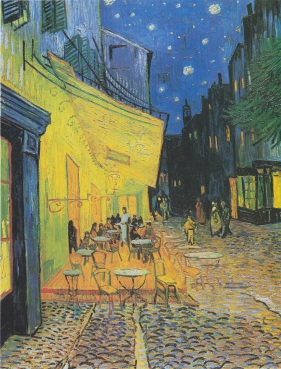 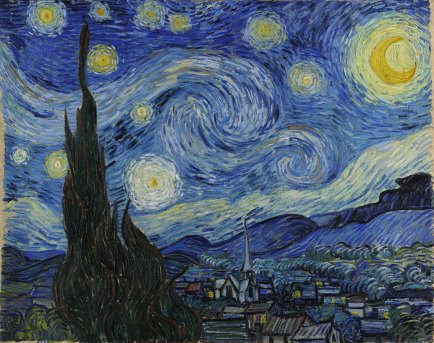 This got me thinking about artist process. How did van Gogh paint? How did Beethoven compose? How does art get made? And is there a right or a wrong way to do it?

I get up every morning at quarter to five and I write until it’s time to get ready for work. I do this five days a week, taking weekends (and of course vacations) off. This is also the schedule that John Grochalski keeps. In fact I got my schedule from him, and not just because he sleeps next to me in bed.

John decided that if he was ever going to get any real writing done he needed to make sacrifices and the sacrifice he chose was sleep. I thought he was crazy and watched for years as he pulled himself out of bed each morning and made something out of nothing.

Then I saw all the something he made.

See that pile there next to the computer?

That’s a lot of poems.

Eventually I joined him.

In conjunction with this schedule, he created a blog called Winedrunk Sidewalk in 2008. He vowed to write a poem a day.

And (with a handful of exceptions) he did.

This week John informed me he was done with Winedrunk Sidewalk, that it no longer served in the way it was supposed to. As he said on his final post:

But I soon developed WineDrunk into a poetry site, mostly to keep me writing regularly. I think I’ve achieved that. And it’s been really wonderful to have had people read and comment on the blog. I think of WineDrunk as a fine piece of digital art. But this year I’ve gotten rather restless with the whole thing. Concentrating on writing a novel while revising another novel lead to a lot of frustration on my part in having to post a poem daily and to try and have that poem at least maintain some quality, some shred of artistic value.

8 years. A poem a day. That is nearly 3,000 poems. Three thousand times that he crafted something from nothing and while the poems themselves are art, the blog, as a whole is also art. A testimony to the process of making art.

So how exactly does one make art? Pretty much everyone in the world has an opinion on that.

If you’re only going to write when you’re inspired, you may be a fairly decent poet, but you will never be a novelist — because you’re going to have to make your word count today, and those words aren’t going to wait for you, whether you’re inspired or not. So you have to write when you’re not “inspired.” … And the weird thing is that six months later, or a year later, you’re going to look back and you’re not going to remember which scenes you wrote when you were inspired and which scenes you wrote because they had to be written. – Neil Gaiman

Solid advice but is that true for poets too? Should they only write when inspired? What constitutes inspired? What’s the difference between that and procrastinating? I know so many talented people who want to make art but don’t because they don’t make time or because the only wait until they are inspired. Is that better? Is the art better?

What makes you a good writer? What is the proper mix?

Much has been written about this. Charts have been rendered. Famous writer’s brains have been picked clean.

In the end, everyone’s routine is different but one thing seems abundantly clear. Without a routine, there’s no work. Without work, there’s no art.

Three thousand poems is an impressive feat and putting yourself out there every day takes real guts.

Everyone is going to find their own routine. Those that write every day might find the same kind of magic and frustration that John found creating Winedrunk Sidewalk. It’s never going to be perfect but it will always be true.

Sometimes we paint the sky last.

Sometimes we write a poem every single day for nearly a decade.

Either way, we make something from nothing.