Lordy it has been a long time since I’ve blogged.

So we have much catching up to do!

First and foremost, I’m so excited to share that my new poetry book FITTING THE OCEAN IN YOUR MOUTH is now available from Blue Hour. It should be up on their site soon and I have a box full of copies that arrived. If you’re interested in getting one my email is on the about page.

I’m really excited because working with Blue Hour has been something I wanted to do for a long time and because I think the poems in here are some of my strongest. 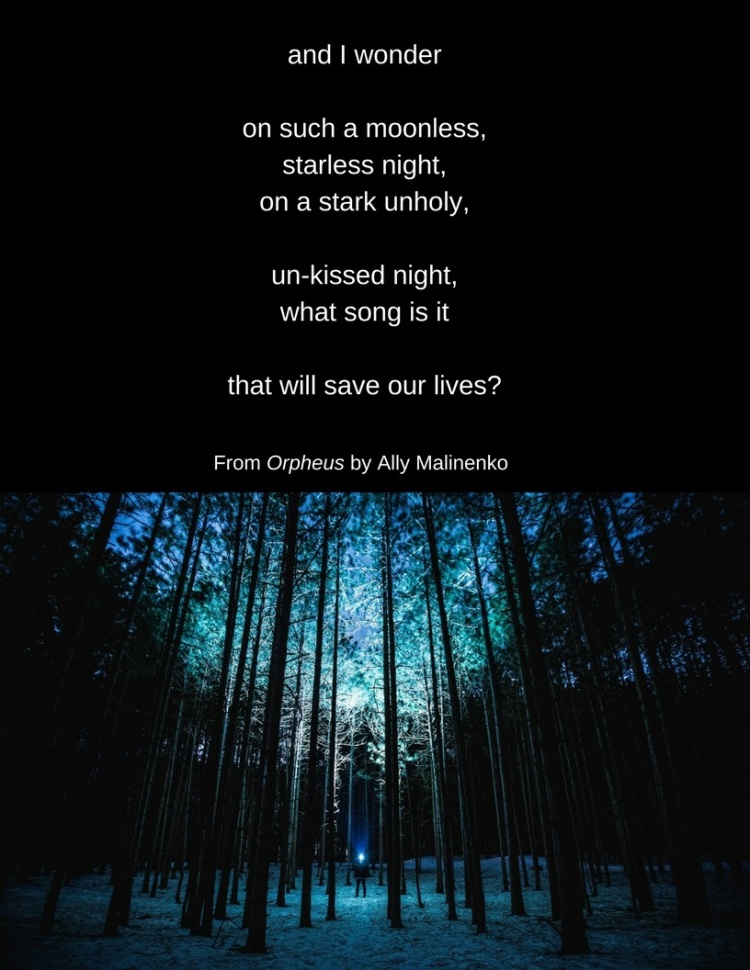 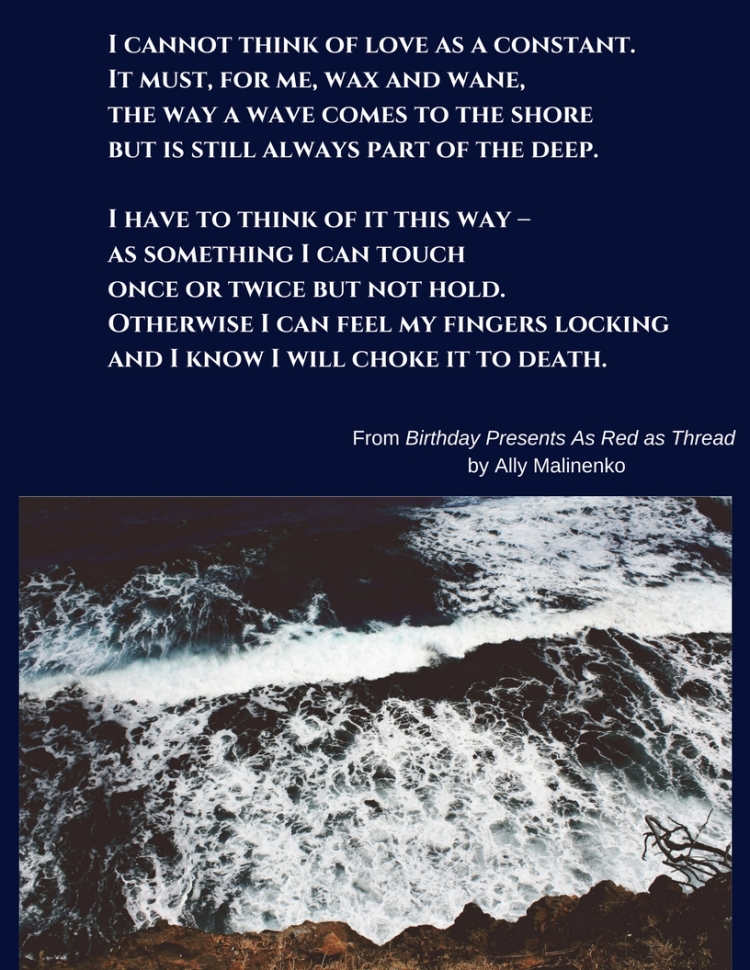 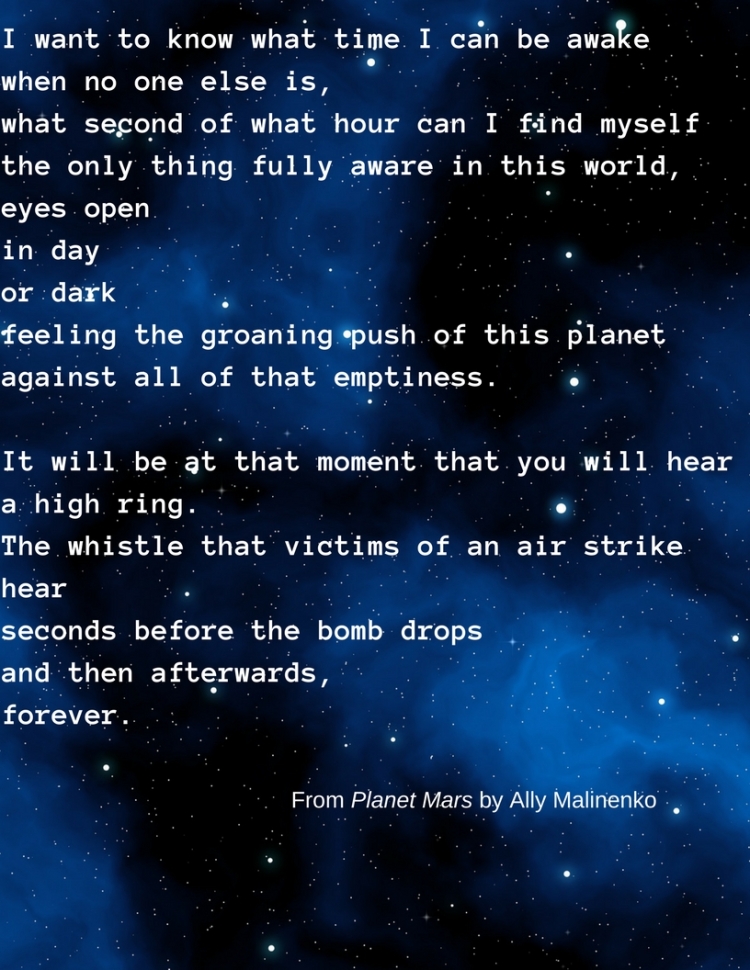 In other writing related news, I recently published an essay with Drunk In A Midnight Choir. It’s called “Off the Rag: The Story of How I Got Cancer, Lost My Period and Found My Way Back to Womanhood”

Rousseau spent a lot of time musing about the body versus the mind. What was the mind? Where did it live? Was it your soul? Was it your brain? He did as men are apt to do and prescribed the mind to be the realm of man. The mind was clean and logical and precise. It calculated and mused and did the sort of things like philosophize about the body vs mind dualism. The body on the other hand was messy, wet, sticky, and damaged. Capable of dying. The body, according to Rousseau, was womanly. He could not keep these two things together.  For Rousseau they were distinct and separate. There was the perfection of the mind trapped in the imperfection of the messy doomed body. The body’s mortality would destroy the mind’s potential immortality.

I wonder sometimes if I ever thought about these things before the cleaving. Before the doctor with the soft voice, before all the needles and blades that would cut me open, scoop me out and sew me back up. Did I spend much time thinking about where the mind lived? Did I consider my body and mind to be one thing that made up what I called woman? This person called Ally? Did I ever even think about it before the hatchet of diagnosis came down and separated the two? Before I became, like Rousseau, a mind trapped in a dying body.

And I also had the pleasure of being the Writer of the Month over at Drunk Monkeys.

It’s their Trump themed issues so prepare for me having all the feels and the angers.

Speaking of Trump, to all my creatives out there, remember John Grochalski is still going strong with WinedrunkSidewalk: Shipwrecked in Trumpland

If you’ve got images, photos, paintings, rants, essays, poems, whatever you’ve cobbled together send it his way. Putting art into the world during these horrible times is RESISTANCE.

Hit him up at winedrunksidewalk at gmail dot com.

Yesterday was, horrifyingly, Trump’s 300th day in office. On a brighter note it was also the 20th anniversary of my first date with Mr. Grochalski which is crazy. Look at us! BABIES! 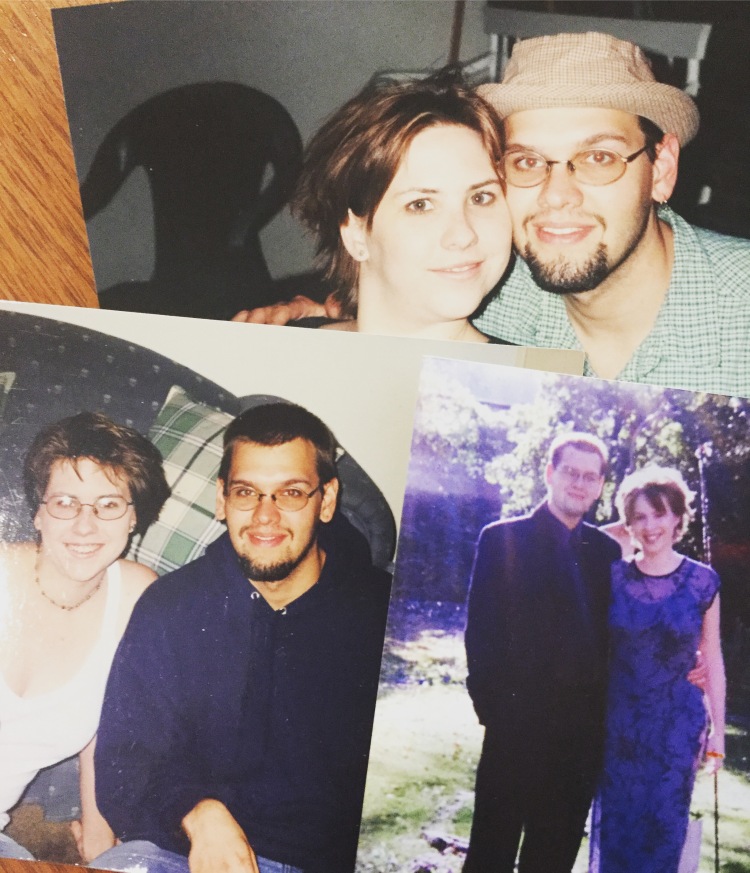 I remember a month or so later when I was home for Christmas I told my mother he was “the one.” She raised a skeptical eyebrow, understandably, I was 20, but I knew the way you know about a good melon.

And finally my agent started subbing my novel Palimpsest 44 days ago and my face has basically been like this the whole time.